I can't help myself.  The Jack Reacher series by Lee Child is candy floss for the brain and whilst trying to juggle the demands of the Christmas holidays, I find his stories irresistible.  They are like breath mints in between courses of heavier literary duty.

I read 3 in the series in December, 61 Hours, Worth Dying For, and The Affair, which are number 14, 15, and 16 respectively.  They take little more than a day to power through.  Similar to John Grisham books, the plots are very similar in every book, as are the characters.

Jack Reacher is an ex-military, hottie nomad who travels the United States of America, usually by bus but sometimes by hitchhiking or stealing cars.  He most likely seduces the one beautiful woman in the story.  He always kicks the shit out of the baddies to save the small town/helpless locals from some rampant corruption.

There are no surprises.  You always know how it is going to end.  The locations change and I do love the fact that Lee Child is a Brit from Coventry, UK but has probably travelled to and stayed for a time in all 50 states just to get the local dialect and culture just right.

He's not going to win any prizes for high brow literature but I don't care.  They are fun. They make me believe that some stranger is out there fighting to take out the baddies without a care for the justice system or unrestrained violence. Of course, I wouldn't want my real world to be like this but a fantasy is always useful. 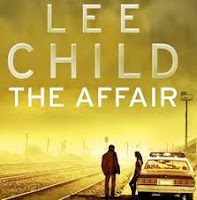 SIDE NOTE:  Tom Cruise has been woefully miscast in the role of Jack Reacher.  No, I haven't seen the film and I doubt that I will for several reasons: 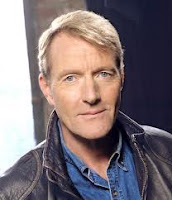 Instead I will let Reacher live on in my imagination.  And let the world be a better place with Reacher in it.  However, Child's betrayal of millions of fans who have spent roughly £7.99 on each of the 16 installments, and thus, making him a very rich man, will not be tolerated by this fan.  I will not buy another book by Lee Child.  I will do my best to avoid his pseudonyms.  My love affair with Jack Reacher is over.  Finished.  Finito. Done.  Complete.  The End.
Posted by LaDawn at 6:43 am